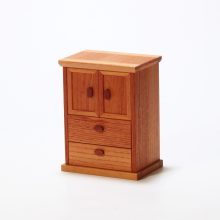 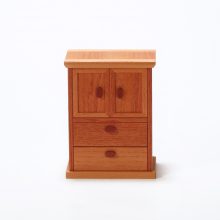 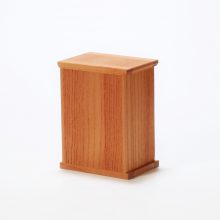 This karakuri-box is based on a chest with double doors.
The doors seem to open, but they don't.
So, what do you do? Don't believe what you see.
The knobs are so small that opening and closing them requires a bit of dexterity.
There have been two previous chests of drawers in our idea contest.
The trick is completely different.
This work was produced by Karakuri Creation Group’s craftsmen, from aselected idea of “13th Karakuri Puzzle Idea Contest”.