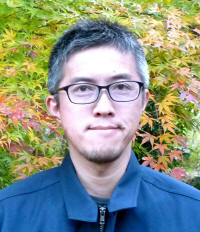 This work was originally made as a Christmas present for 2008, but after several years its now a mechanical piece.
There are two compartments inside.The two lids are opposite each other. As you slide the four plates, the two lids can open. The first plate is quite easy to open, but you'll have to think about the second one!

The other works of Hiroshi Iwahara