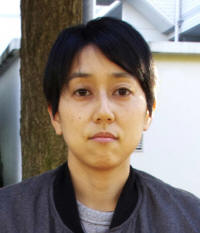 A turtle is on a box. When you touch his head… However shy, he can’t hide himself enough.
The motif is a Red-eared Turtle that the designer kept at school.
At first he was so small and cute that we can put him on a hand. But now, hebecame too big. He is no longer he used to be. This work was designed at his present full-scale. He often goggles his eyes. He doesn’t look shy. But, he draws in his head, hands and feet when we bring our fingers close to him.The motion was also reproduced as a work. At first, the box is locked. But, it isn’t difficult to open.

The other works of Yoh Kakuda